“We’ve contracted DropCapCopy to work with us on client projects for a couple of years now. Graeme’s always a delight to work with. He responds quickly, produces a high-quality set of copy every time, and always maintains active communication. We’ve been impressed with Graeme’s copywriting and will continue working with DropCapCopy again on future projects.”

Working with a web and digital agency on a regular basis often presents new challenges. So when Ben from Made With Maturity asked for my involvement in one of their client projects, it gave me the opportunity to cover some new ground and write and develop a video animation script for a series of short videos.

Based in Newton Abbot, Coombeshead Academy were awarded an Ofsted rating of ‘Good’ with outstanding features in April 2015. A great achievement in itself. With the Academy being a ‘securely good school on the cusp of being outstanding.’ it was high praise in a competitive sector. 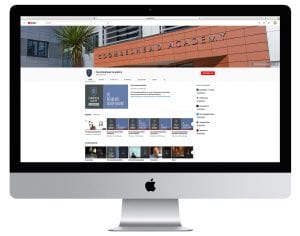 But being in a catchment area with several schools posed its own problems. Coombeshead wanted to capture what they believed made them stand out from the rest. But adding a new page on the Coombeshead Academy website might get overlooked. Instead, they decided a series of four video animations would be the best way to highlight the Academy’s core values.

To help Coombeshead create the video animations they needed, Made With Maturity project managed a hand-picked team. Consisting of a project director, illustrator/animator, music designer, voice-over artist and, of course, copywriter, together we had the task of developing a set of short videos to engage and connect with students and parents alike.

My brief was to turn the facts into a narrative or story. Creating a script that was much more visual, and communicated their values effectively. With around 30 seconds per video, the video animation script needed to be short, concise and well within the time constraints. 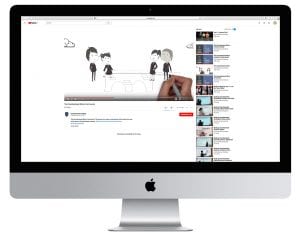 With Ben leading the project, he undertook discussions with Coombeshead about the overall message and what they wanted to say. I was then supplied with a long copy draft of what each message was. The task entailed dissecting each one, refining it, then editing it mercilessly. I also needed to think about how the individual script for each animation would work as both a standalone animation and when edited together for a complete animation video.

Timescales are really important to written video scripts. What you think will work well, often extends well beyond your given time limit. This is where the writing process can get tricky. Maintaining interest and getting the message across in a concise way is crucial. Reading each script aloud really helps here, and while timing myself, I could allow for natural pauses and hear what sounded right, then edit accordingly. 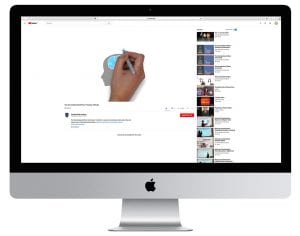 Of course, the script for each video overran. Repeating the readback process after every edit was the key to getting the final script right. And with each individual video script coming within the allotted time limit, the final animations communicated the Coombeshead Academy core values honestly and effectively.

To see each video, visit the Coombeshead Academy YouTube channel, or watch the complete video here:

Using video to market your business is fast becoming the norm and will only get more relevant over time. Before you have your promo video made, spare a thought for the script that goes with it. To make sure you make the most of your time-critical wording, drop me an email and let’s have a chat!