Timing Is Everything For This Copywriter

You know that point when life’s going pretty well, good things are happening as a copywriter and in life in general? Then, over there on the not too distant skyline, there’s a small rain shower, that you know is going to come and drench you just at the wrong time. For me, that particular downpour arrived last weekend when I went into hospital for a hernia operation. Ouch! 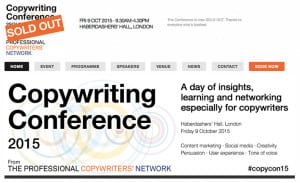 So near, yet so far…

This routine procedure had been high on my agenda. I’d been on a never ending waiting list for the last 5 months, each day hoping to get the letter from the hospital giving me my 3 week notice of the planned operation date.

Of course, as life goes on in the meantime, plans get made: gigs, meals, trips away, skydives (!!), even some actual copywriting getting done. Eventually, you start to think that something’s got to give and some of these plans will need to get put on hold. At the very least they’ll need to be rearranged when ‘the letter’ arrives.

What I didn’t take into account was a hospital cancellation. I got a call on Thursday lunchtime. Was I free to take a cancellation for the op on Saturday morning? My first instinct was to take it, which I did. I then fast forwarded to various events in the immediate future which might need to be shelved.

Indeed, that very Saturday we had a meal out planned. No big deal to reschedule that one, of course. But I had two important dates set up for the following week. One was a networking session which I had to cancel. The other was an event I’d booked back in March, long before the word ‘hernia’ stealthily crept into my vernacular.

The Professional Copywriters Network Conference (#CopyCon15) was a hot ticket for me. A chance to meet a bunch of the people I’d been interacting with on Twitter for the last year. A chance to network with other copywriters. And, crucially, a chance to attend sessions given by some big names in the industry. 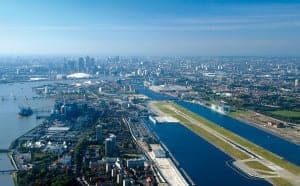 London’s City Airport – where Flybe flight BE1301 would land without me on it!

I’d booked flights to London City Airport (sounds extravagant, but actually cheaper and more convenient than train travel) and prepared myself for a long day that would start at around 4.30am and finally end by falling into bed at about 10.30pm.

The whole shebang cost a pretty penny, but is completely justified if you’re a copywriter. More importantly, it was something I was looking forward to. Then reality hit. I couldn’t go. I had to come to the decision that flying, together with being buffeted through airports, tube stations and trains, wasn’t going to be the best thing to attempt post-op.

Though the op is a good thing that’s happened and I’m glad to get that particular hindrance out of the way, it’s not without a slight twinge of regret. Fate intervened and it happened just at the wrong time. One week earlier would more than likely have proved enough recovery time for travel. Anyhow, that’s the way the dice rolled for this copywriter and ‘timing is everything’ as they say, but who am I to protest?

Onwards and upwards – I’m already looking forward to the next Copywriters Conference – whenever I can get there.